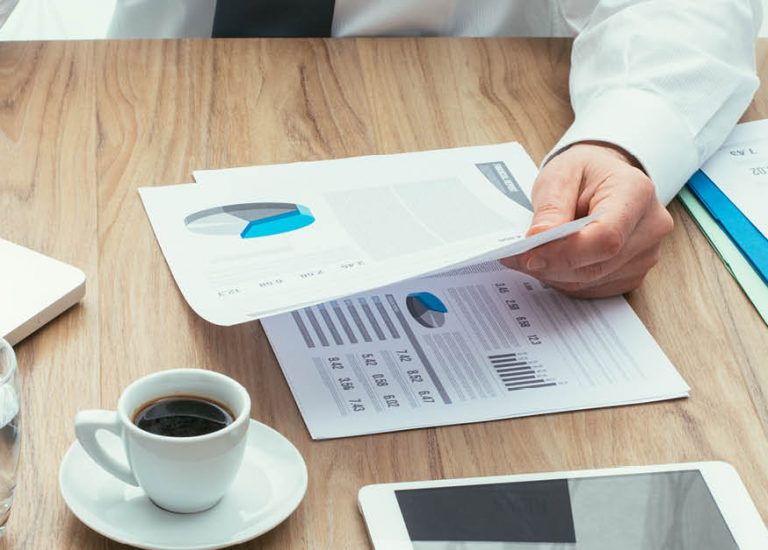 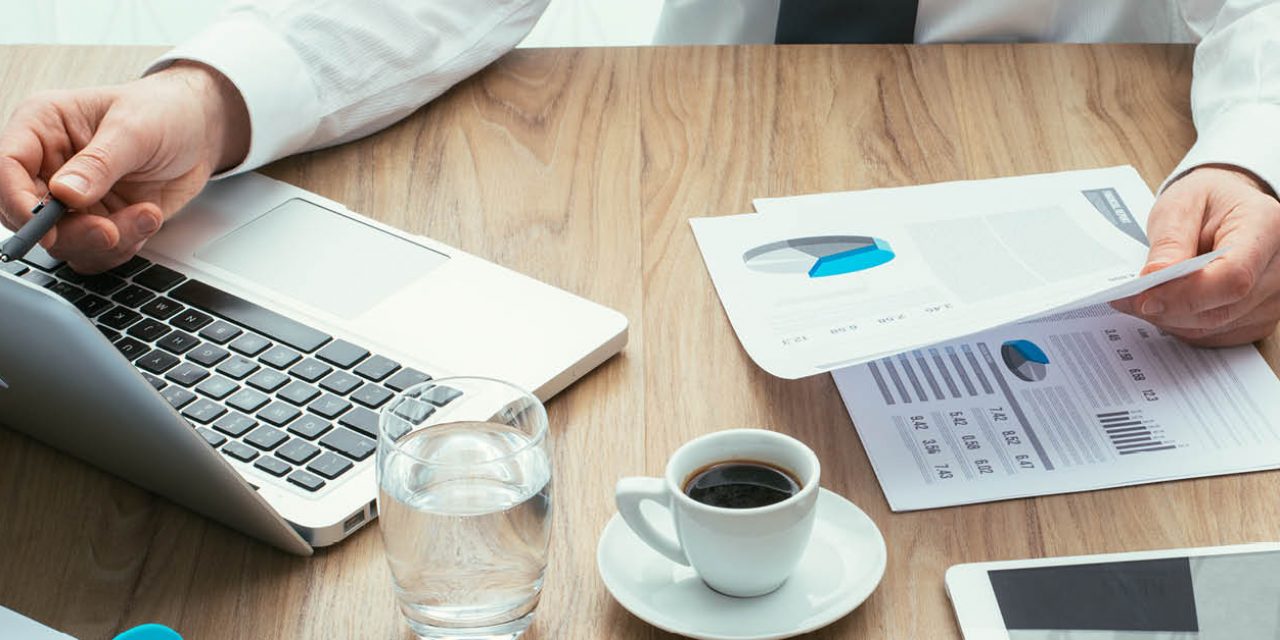 Home > About Us > Board of Directors

Our membership structure and good governance gives us a strong foundation and ensures Peninsula Co-op stays healthy for the long term. This means running the Co-op in a socially, environmentally and economically responsible way, aligned with the interests of our member-owners, staff and other communities. Even in times of uncertainty, your Co-op remains financially strong and as a result of the strategic governance of your Board of Directors. 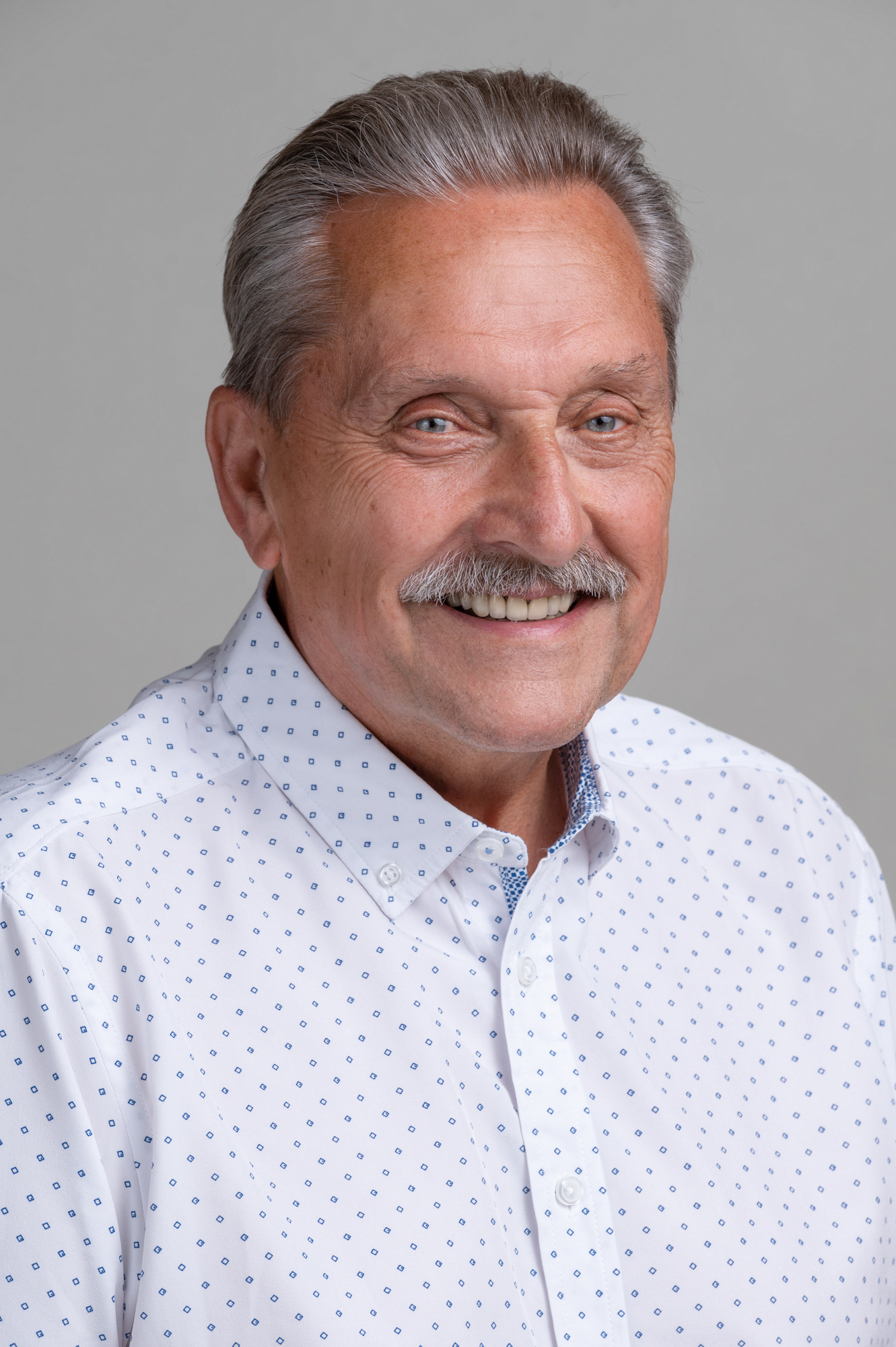 Grant has been a director of Peninsula Co-op for over six years and fully supports what management and staff have accomplished. The Co-op leads its competitors in customer satisfaction surveys; environmental standards and being a one of the top local corporate donors to the neighborhoods served.

Grant has had the privilege of participating on the member relations committee and has been very proud of the hundreds of thousands donated by the Co-op. He has been active on the Finance, Planning, and Member Relations committees and was chair of the Nominations Committee.

One of the Co-op’s major strengths is its employees. The Board and management have created multi generational employment with a focus on a career within and outside of the Co-op and Grant is pleased to have been part of that.

Grant’s background as a senior credit union executive with a focus on all areas of sales and service has allowed him to work with the Co-op management and Board to ensure the Co-op maintains its outstanding customer service ratings. 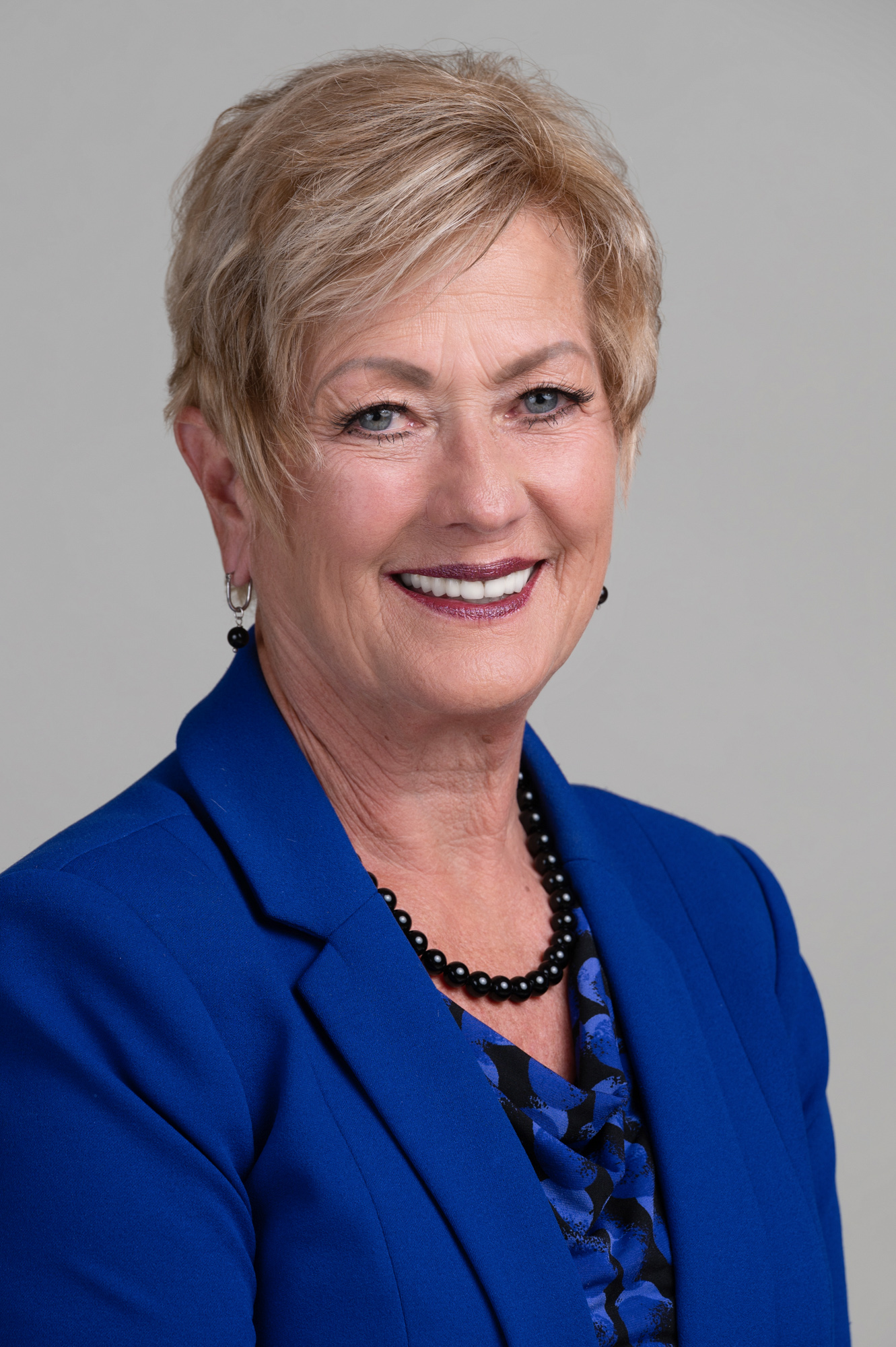 Patti has been on the Peninsula Co-op board since 2002. During the past 20 years with Peninsula Co-op she has served on the Finance, Nominating, Planning & Development and Governance committees.  She has chaired the Member and Community Relations Committee for a period of 10 years which guides the distribution of grants of approximately $500,000 a year to local organizations.  She is committed to supporting the many valuable organizations and events that help build our community.

Throughout her career, she has over 30 years of experience in senior management positions.  She is also the owner of a successful consulting practice established in 1993 providing strategic planning, board governance training and organizational effectiveness reviews. She recently retired as the Executive Director of KidSport Victoria.

She holds Advanced FCL Board of Director Certifications and is a member of the Institute of Corporate Directors and serves on 3 other community boards in Greater Victoria.  She has Honors certificates in Human Resources and Management Systems from the BC Institute of Technology.

She is committed to listening to our 112,000+ members and believes the board members role is to guide strategic direction for the growth and development of Peninsula Co-op.  She is committed to good governance and ethical business practices for the benefit of all members. 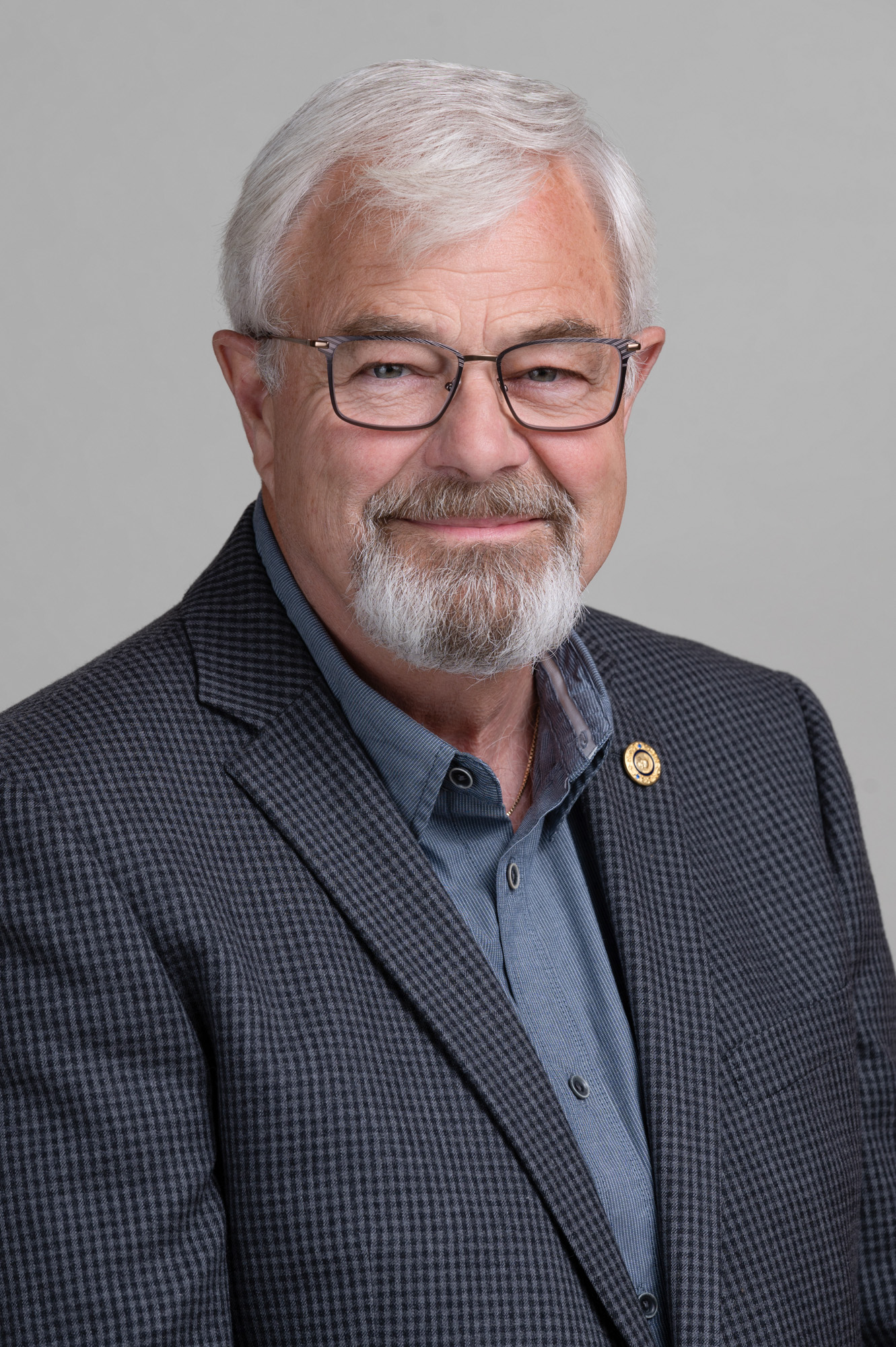 After obtaining a Business Administration Degree from the University of New Brunswick, Francois pursued a career in financial services with a trust company. Subsequent to a number of moves throughout the Maritimes, he and his family moved to British Columbia in 1984. During his last career move in 1994, he and his family moved to Campbell River where Francois took a position with an island-based credit union.

Francois, a Rotarian for 35 years, has held various Board positions, including Club President and Club Treasurer. He’s also involved as co-chair of the local Cops for Cancer, Tour de Rock Golf Tournament.

Retired since 2015, he and his spouse continue to make Campbell River their home. Both very active, they always make time to travel to be with their three children and seven grandchildren. 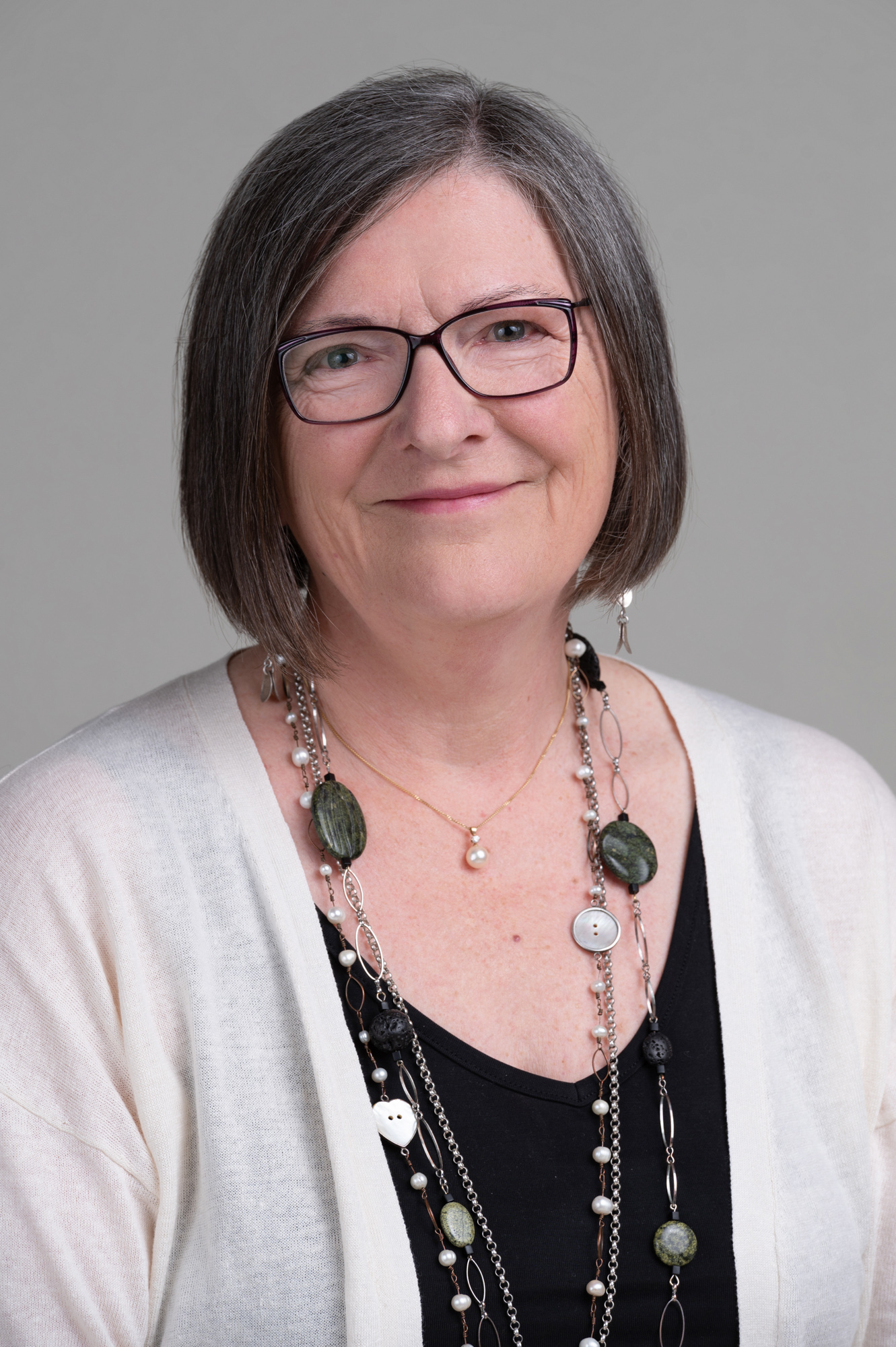 Sheila was first elected to the Peninsula Co-op Board of Directors in 2018. In addition to the Peninsula Co-op’s board, she also serves as a director for Belfry Theatre and for five corporate boards. As one who strongly believes in giving back to her community, Sheila is past president of Big Brothers Big Sisters of Greater Victoria, has sat on many of its committees over the past 15 years, and is currently an active member of its Donation Centre Committee. She also serves on the Malahat First Nation’s Finance and Audit Committee and on the Belfry’s Finance Committee.

For twenty years, Sheila taught business courses at Camosun College and at the University of Victoria. In 2002, Sheila and her husband Paul and their three children spent six months in New Zealand, where she had the privilege of teaching at the Eastern Institute of Technology in Napier. Following her teaching career, as the Vice-President of Education for the CPA Western School of Business (formerly known as the Chartered Accountant School of Business (CASB)), Sheila was responsible for the design and delivery of education to aspiring accountants in western Canada.

Sheila and Paul own two small businesses in Victoria, where they have lived for the past 31 years. In her spare time, Sheila enjoys playing bridge, spending time with Paul and their three adult children, and boating with Paul in Vancouver Island’s beautiful waters with family and friends. 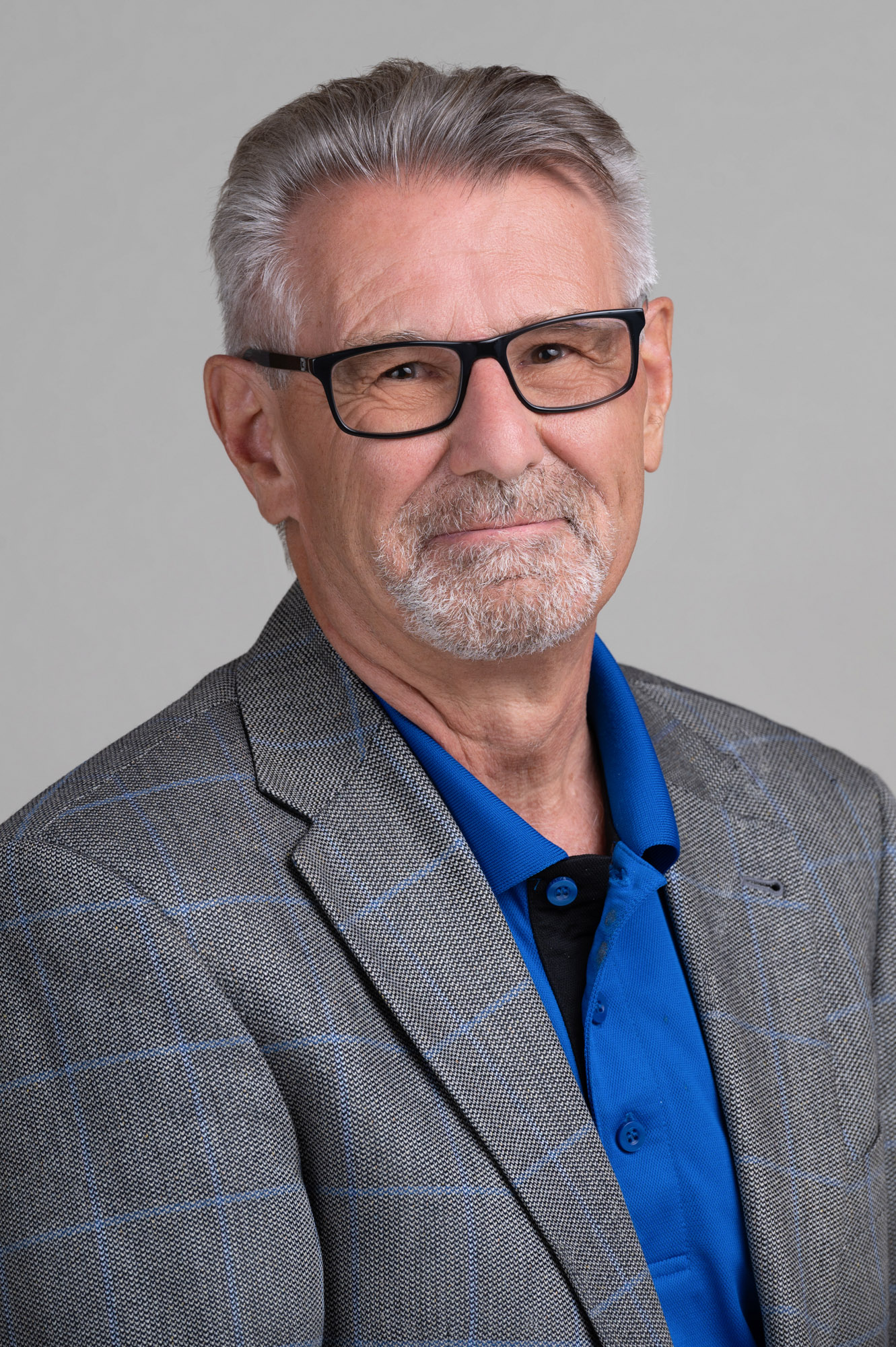 Pat considers it an honour to serve on the Board of Peninsula Co-op. The Co-op philosophy has been a guiding life force for Pat as he has been employed or served as a director in the Co-op system for his entire career, retiring as the General Manager and CEO of Peninsula Co-op in 2012 and serving as a director since 2014. He is a firm believer in the Co-op way of doing business as it has proven to be a strong model for success and provides a win-win situation for member-owners, employee groups and the community at large.

Pat helped to set the stage for the successful mergers with Courtenay/Comox and Campbell River Co-ops. Given the inevitable decrease of fossil fuels which has been the historical strength of Peninsula Co-op, Pat believes diversification away from the fossil fuel business will determine our long term success. A strong balanced Board is key to this success. 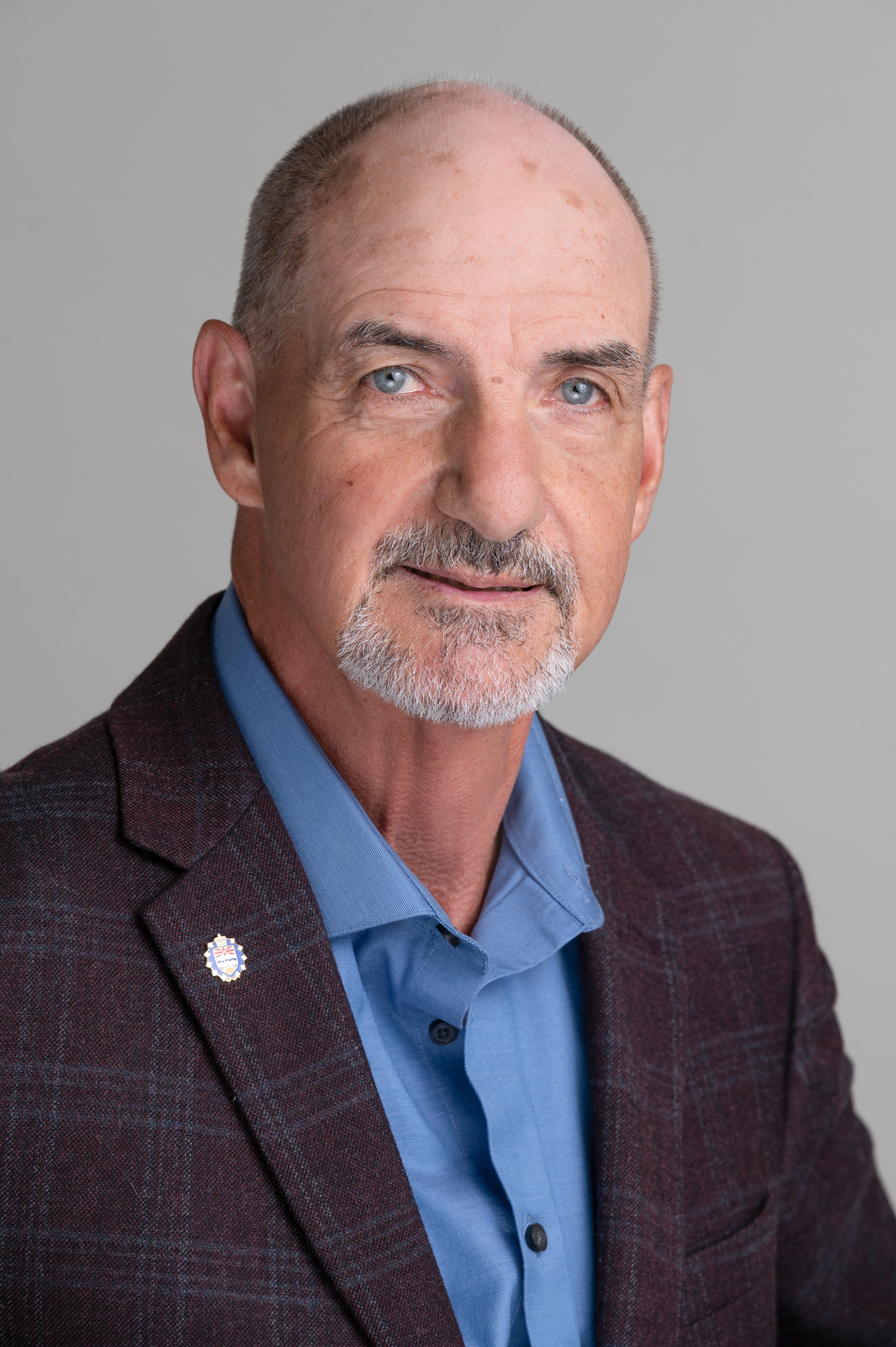 Ron has lived in the Greater Victoria area for over 35 years and has been a loyal Co-op supporter since 1982. He retired as the Chief Constable for the Oak Bay Police Department, having worked in law enforcement for 39 years.

Ron was first elected to the Peninsula Co-op Board in 1996. During his tenure as a Director he served as a member of the Finance, Planning, Member Relations, Nominations, Governance and Executive Committees. He was the Chairperson on the Member Relations Committee for three years. Ron was elected Board President in 1999 and served in this position until 2013.  Ron continues to keep current with the extensive training made available to Co-op Directors, having completed his Level 1 and 2 Certification.

Over the past 25 years, Peninsula Co-op has seen tremendous growth, faced many challenges and will continue to be relevant for our current membership, their families, and future generations to come.  Ron was also part of a team that successfully saw the merger with Courtenay/Comox and Campbell River Co-ops, setting the stage for future growth potential as we look to new areas of diversification with the decrease in the need for fossil fuels. Cathy joined the Board in 2012 and has served on several committees including Finance & Audit, Planning, Governance, Member Relations, and Nominations Committees.

She is proud of the continuing growth of Peninsula Co-op and of the significant contribution our Co-op makes to our community as an employer of choice and as a strong supporter of so many local community programs.

Cathy’s 30+ years of business experience is in marketing, communications, strategy and business planning. She has owned and operated Strategic Initiatives, a marketing consulting firm with clients across Western Canada since 1997. Her prior experience includes senior management roles in marketing and sales for a number of large Canadian corporations. As a marketing and communications executive, she is deeply committed to the best interests of our members and to engaging our membership to ensure the Co-op continues to best serve their needs.

Cathy currently serves on the boards of First West Credit Union (where she chairs the HR Committee), Consumer Protection BC (where she chairs the HR Committee), and as Vice Chair of the Board of Governors at UVic. She is a former Director of the Victoria Hospitals Foundation, CMA Society of BC, the United Way of Canada, the United Way of Greater Victoria, and others. 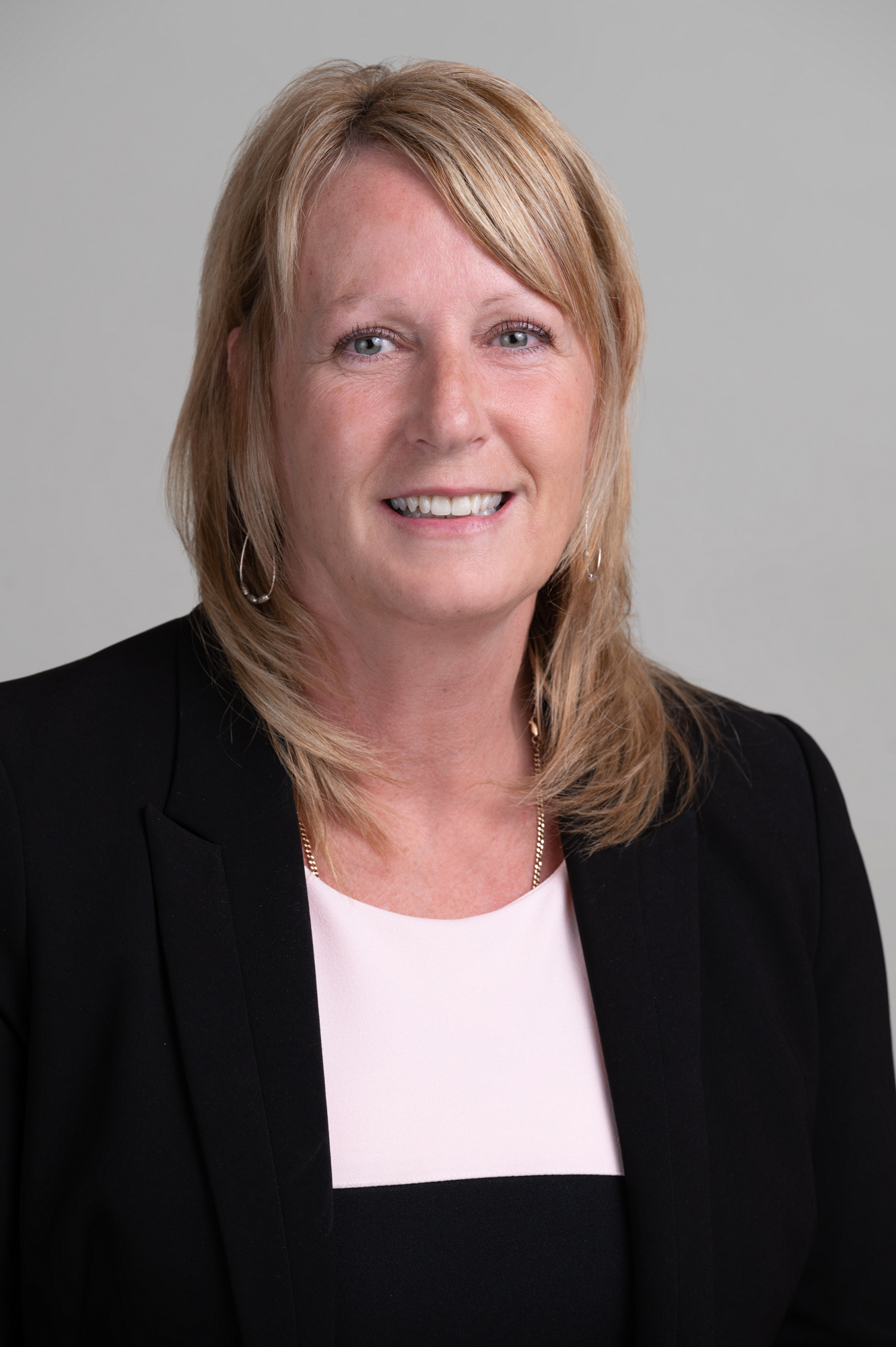 Cathie has been a resident of Greater Victoria and the Saanich Peninsula for over 30 years. Cathie has been active on several local boards including the Victoria Airport Authority serving as Board Vice-Chair, Chair of Finance, Governance, and Board Executive. She has also served on the Central Saanich Police Board, island Catholic School Board and nine years on the Peninsula Co-op Board from 2003 to 2012. On the Peninsula Co-op Board, she served as Chair of Finance, Planning and Nominations Committee.

Cathie is a former elected Councillor with the District of Central Saanich where she served as the Chair of the Finance and Administration Committee and the Planning and Development Committee. She has owned and operated several businesses in Greater Victoria and held a senior executive position for a large grocery store chain. Cathie has spent a significant amount of time volunteering for local, community, and high school football.

Cathie and her husband Chris operate Ounsted and Company Chartered Professional Accountants. They reside in Central Saanich and have two sons. 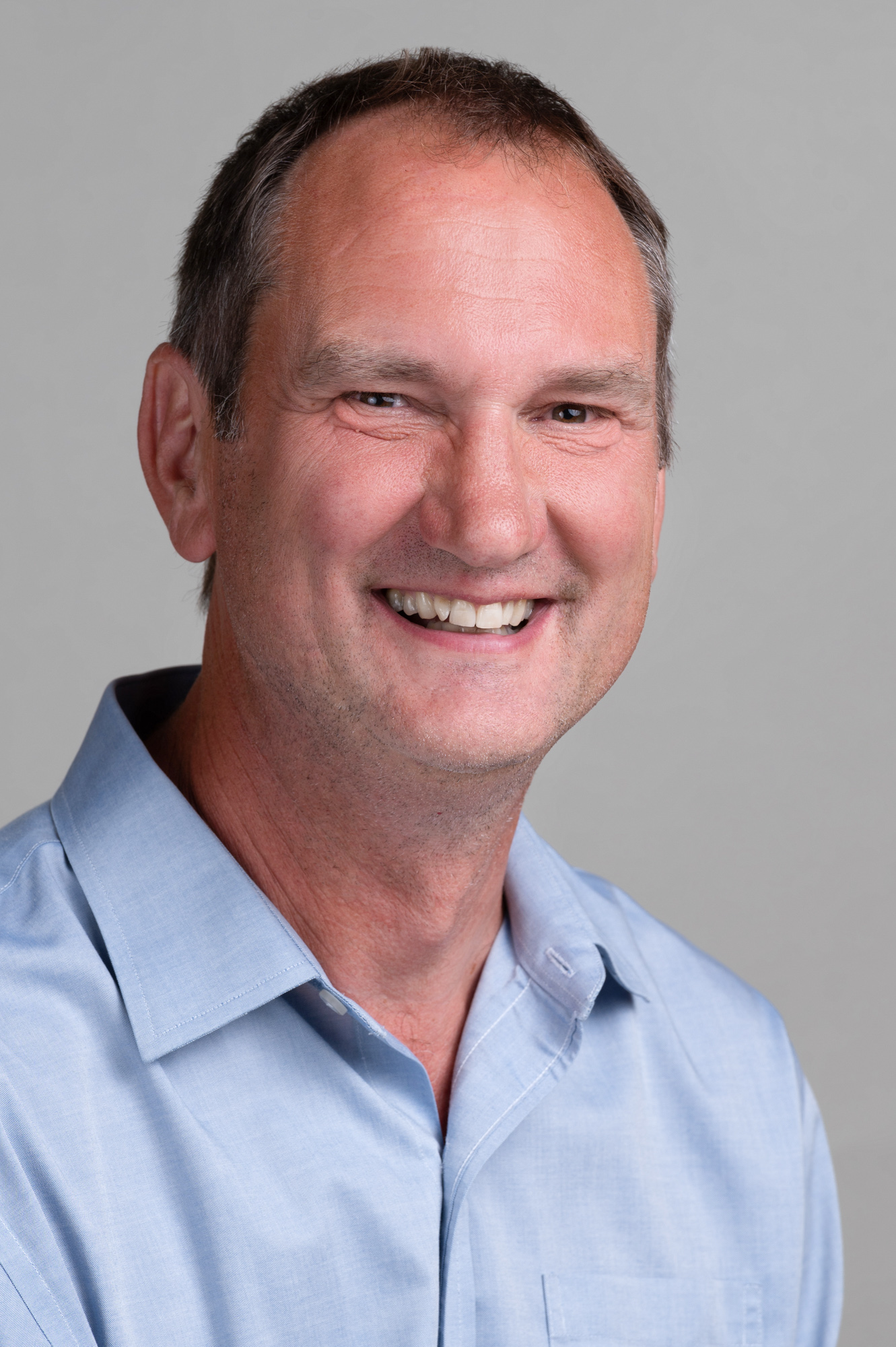 Jacques has over 35 years of leading local, and international businesses as a senior executive. In a variety of roles, Jacques has guided companies through large growth phases, as well as major transitions in business models.

As an electrical engineer, Jacques has applied his technical experiences to help organizations assess disruptive technologies and how to apply them to an existing business. As the Co-op moves to diversify beyond petroleum retail, Jacques will bring his strategic, technical, and operational experiences to the board to help management build on the Co-op’s existing strengths and to grow in new areas.

Jacques has been active in the local community on multiple boards and advisory committees, all with the goal to help chart a successful future. These include South Island Prosperity Partnership, VIATEC, District of Central Saanich, University of Victoria, Peninsula Soccer Association, and VMAC Global Technologies. Additionally, he has been a member of the Peninsula Co-op’s Planning committee since 2019.

Jacques is committed to the Co-op model and working with its exceptional employees and leaders. A key part of the board’s role is to support and guide the team’s growth and development.

Jacques is married with four children and lives and works in the Victoria area. He is particularly proud of his 4-digit Co-op number – a sign of his lifelong commitment to the Co-op model and values.